How old is the Grand Canyon? 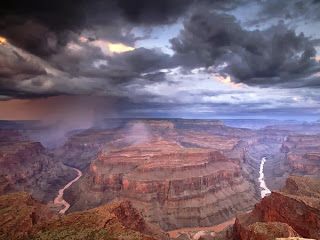 The Grand Canyon is one of the most recognizable landforms on planet Earth and the most often asked question about it is, "When did it form?" If only there were a simply answer! Geologists still debate many of the details about the origin and age of the canyon but recent geologic research has shed new light on the topic. Using new, sophisticated laboratory techniques geologists are able to tease ever more information from the canyon's seemingly stubborn rocks. To begin to grasp the age of the canyon we should also know something about the history of the Colorado River, for without this river (or at least some ancestor to it) there would be no Grand Canyon.
Geologists know that the canyon and the river had to have formed within the last 80 million years because this is when the sea was last present here. When the landscape was uplifted from this seabed, an initial river system developed and drained to the northeast, exactly opposite to the flow direction of the Colorado River today. The larger geologic setting of the American West at this time reveals that an Andean-type mountain range existed to the southwest of Grand Canyon near the modern-day cities of Las Vegas, Nevada; Kingman, Arizona; and Needles, California. This ancient range is where the ancestor of the Colorado River originated. As strange as this may sound, it is one of the few parts of the Colorado River story that all geologists agree upon.
A new theory published in 2011 contends that this ancient northeast river system carved the Grand Canyon as early as 70 million years ago. Using a technique that can tell how deeply buried the canyon's rocks were at specific time intervals, scientists determined that western Grand Canyon was cut to within a few hundred meters of its present depth 70 million years ago, while eastern Grand Canyon (where most visitors see the canyon) was the site of a gorge of similar proportions to the modern canyon, but cut into Mesozoic-age rocks that are now completely stripped away. This evidence flies in the face of many long held theories that the canyon is only about 6 million years old. The notion that the Grand Canyon could be old is not a completely new idea but the recent research uses more cutting-edge tools to arrive at this conclusion. Look for vigorous debate in the near future regarding this mind-blowing proposal. 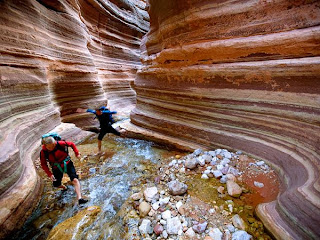 Beginning about 17 million years ago, the mountain range that fed the ancient northeast river system was destroyed by faulting, as the Basin and Range was created southwest of Grand Canyon. This is when the San Andreas Fault became active and it helped to rip apart the region that once held the lofty mountains. The through-going northeast drainage system was compromised, diverted or destroyed at this time, but very little evidence for where rivers were going at this time (30 to 17 million years) remains. Perhaps drainages were directed to the developing basins southwest of the Grand Canyon and if so, they might have taken advantage of previously established routes, routes that may have acted as a pre-existing "perforation" on the landscape. Or perhaps the new drainage pattern completely abandoned the old routes and carved new ones to its liking. We may never know because so little evidence remains from this enigmatic period in the canyon's history. 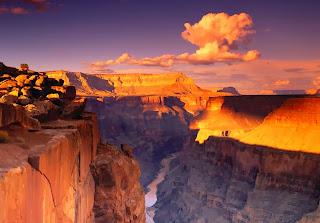 Support for a recent river and canyon comes from the area around the mouth of Grand Canyon (Grand Wash Cliffs) near Meadview, Arizona. The Muddy Creek Formation lies athwart the river's course here but has no recognizable Colorado River sediment within it - the interpretation is that the river was not in existence while the Muddy Creek Formation was accumulating. The deposit is as young as 6.0 million years and this is where the famous date for the canyon and the river is derived from. Just downstream are definitive Colorado River gravels that came from Grand Canyon and they are preserved beneath the Sandy Point basalt, dated at 4.4 million years. Taken together the evidence suggests that the river here is between 6.0 and 4.4 million years old and geologists have often conflated the age of the river as the age of the canyon. Some geologists think there was no part of the canyon in existence before 6.0 million years ago; others think it took much longer to form it. 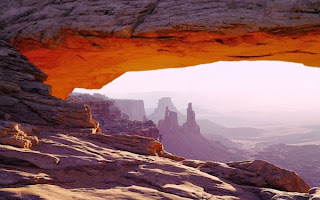 Two major processes are used to explain how the Grand Canyon formed - headward erosion and stream piracy, and basin spillover. Headward erosion and stream piracy is the historical favorite but few studies have come to its defense in recent decades. Basin spillover is currently receiving a lot of attention, especially for the lower Colorado River between Hoover Dam and Yuma, Arizona. Geologists have documented a series of closed basins that filled rapidly with river water, spilling over their lowest rims to stitch together the Las Vegas, Cottonwood, Mojave, and Chemehuevi basins, all between 5.6 and 4.1 million years ago. They naturally wondered what caused the rapid arrival of water to these basins and of course, looked figuratively and literally upstream towards the Grand Canyon. We may never know but that is part of the beauty of this marvelous place.
As a final note, remember that what constitutes a "beginning" to the Grand Canyon hinges on a definition of what it is. Can its beginning be defined as when the earliest river eroded into any Grand Canyon strata? What if those same rivers sliced into strata now completely gone? What if a river going in the other direction cut the canyon? Would that still be considered Grand Canyon? Or is the definition completely dependent on a canyon being cut by the exact same river we see today? The definition of "beginning" seems to be a moving target and will aid in knowing why this story is so hard to tell. There are so many possibilities with only one large canyon.
___________________________________
Source: geology.com
Publicada por Bruno Silva à(s) 11:21