The Bingham Canyon Mine Landslide - Part 1

The Bingham Canyon mine landslide of a few weeks ago is an unusual mass movement.  Kennecott Utah have put a set of very high resolution images on their flickr site and have provided permission for me to use them here (with due acknowledgement to them).  I thought it would be interesting to take a little time to examine this landslide in more detail. There is a great deal to discuss here, so I am going to break this down into three posts over the next few days.
So lets start by looking at the site from a Google Earth image.  This is a vast mine – the excavation is 970 m deep for example. 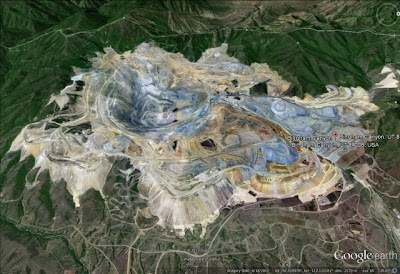 This image shows the slope that failed before the collapse event.  Note the machinery on the haul road for scale. 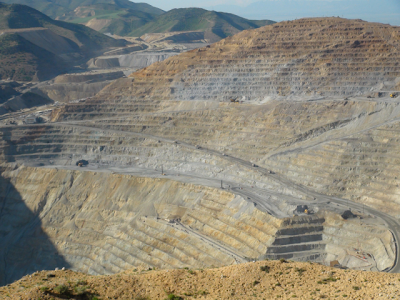 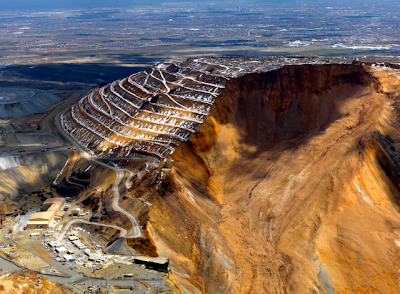 There are a couple of really interesting aspects of this.  First, the headscarp has an unusual structure – I have annotated this as point 1 in the image below.  This layering looks like a sedimentary structure.  I wonder if this might be waste material that has been dumped on the slope? If you compare this with the before image above though this looks to be just a small portion of the headscarp, so was probably not a key factor in the failure event. 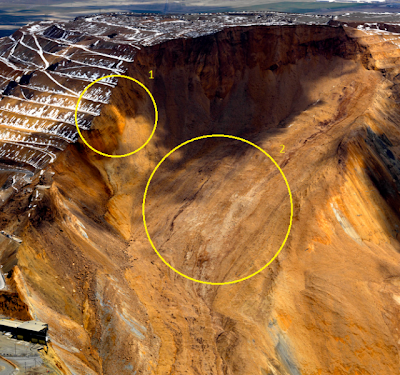 Second, the base of the landslide (2 in the photograph) is a comparatively planar surface.  This would suggest a pre-existing weakness of some sort – maybe a fault?  The orientation of this surface would have made the kinematics of failure quite interesting.  The landslide could not initially more down dip because of the constraint from the valley wall, such that it would have had to travel slightly along strike, making this a sort of hybrid wedge failure.  This  structure could provide a hypothesis for the two recorded failure events – the first was a detachment of a lower block, which then released the upper block.  This is shown quite nicely from a zoom is on the upper portion of the landslide from the fabulous overview image. 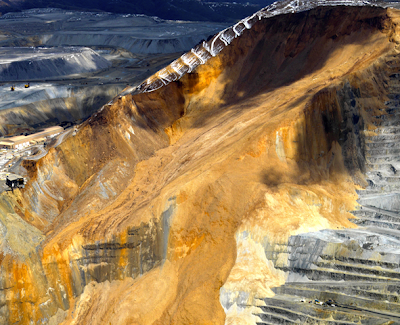 It is clear from this that the trajectory of the landslide was controlled by this basal structure.  However, a comparatively small amount of material spilled over the lateral boundary as well.