How Diamonds are Formed

Drop a Mentos candy in a bottle of Diet Coke, and carbon dioxide will bubble violently out of the soda. Similar chemical reactions may send certain kinds of magma frothing up from deep within the Earth, carrying diamonds along the way. 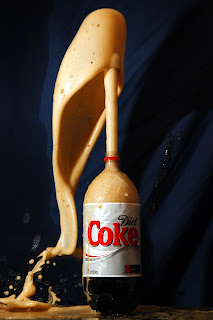 The discovery, reported in the Jan. 19 Nature, solves several mysteries about why and how diamond-bearing rocks appear where they do. As gem-laden magma rises, the theory goes, it gobbles a mineral called orthopyroxene, changing the magma’s chemical composition and belching carbon dioxide gas that drives its continued ascent.

“We’ve provided a simple, chemically reasonable process to have dissolved gas at depth,” says Kelly Russell, lead author of the new paper and a volcanologist at the University of British Columbia in Vancouver.

Diamond mines tap volcanic rocks called kimberlites, which contain many kinds of crystals that must have formed at high pressures 150 kilometers or more deep, in the planetary layer known as the mantle. How those mantle crystals make it to the surface has been a puzzle, since magma gets denser the more crystals it picks up. Most geologists have assumed that the magma must bubble gases to keep it moving up, but no one has been able to explain exactly how. 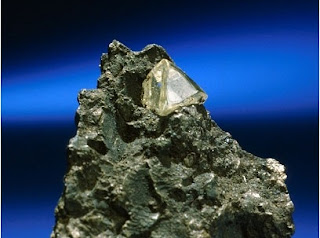 Russell and his colleagues realized that gas could do the trick if the magma starts out relatively poor in silicon dioxide, a major component of the Earth’s crust also known as silica. As magma rises through cracks it begins to dissolve the surrounding rock — especially that containing lots of orthopyroxene, a mineral rich in magnesium, iron and silica. The orthopyroxene releases its silica into the magma, and as the silica content rises the magma’s ability to hold dissolved carbon dioxide drops. The gas bubbles out and by the time the kimberlite gets to the surface, it erupts at supersonic speeds.
Working in a high-temperature laboratory at the University of Munich, Russell melted sodium carbonate as a stand-in for silica-poor magma. He then added orthopyroxene and watched as the mixture furiously bubbled carbon dioxide.

The research could explain why the gem-laden kimberlites appear only in ancient parts of continents, known as cratons, like those in northwestern Canada and southern Africa. Cratons contain lots of orthopyroxene, allowing the magma to gobble it and ascend. “We’ve always wondered, how do the kimberlites find the craton?” Russell says. “They don’t. Their passage through the craton converts them.”

Russell’s team is now working to see how quickly orthopyroxene and other minerals dissolve in the magma, to better estimate the speeds at which kimberlites rise.